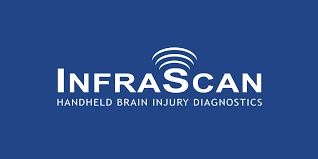 InfraScan, Inc. is a medical device company that invented and distributes hand-held diagnostic devices for head injury and stroke assessment based on Near-Infrared (NIR) technology. The Infrascanner enables clinicians to effectively, conveniently, and accurately detect intracranial bleeding in patients with head trauma.

Intracranial hematomas are an important and, if diagnosed early, treatable cause of secondary brain injury in patients with head trauma. Recent statistics from Iraq shows that 30% of all wounded in action have head injuries, and 40% of them have brain hematomas. Dr. Britton Chance (University of Pennsylvania) and Dr. Claudia Robertson (Baylor College of Medicine) invented a NIR system for detection of brain hematomas and tested it successfully in 305 patients in Baylor. An entrepreneurial team formed a company around this technology in collaboration with Drexel University and won the Wharton Business Plan competition in April 2004 and the second prize at the global business plan competition in Singapore in October 2004. The Office of Naval Research funded the company in May, the Biotechnology Greenhouse of Southeastern Pennsylvania, from Ben Franklin Technology Partners of Southeastern Pennsylvania, and from Philadelphia Industrial Development Corporation. A multi-center clinical study to support an FDA submission started in July 2006, and on February 2008 an application was submitted to the FDA. After 4 years of review, the FDA cleared Infrascanner Model 1000 as a denovo medical technology in December 2011. In January 2013 the FDA cleared the 510(k) of Infrascanner Model 2000.